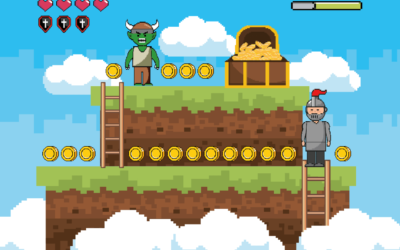 As we know, grunts are good hero killer with its normal attack.

Grunt, is the best unit in the game conservatively speaking and will against all other units.

The problem is that Grunt is a conservative unit. Their attack is not range. It doesn’t has auto healing like trolls. It can’t hit air. It’s not a spell casters.

I found grunts to be the best bargain in maps containing health fountain. Those are maps like Lost temples.

Quickly build farseer and mass grunts like crazy. Quickly creep the middle creeps near the fountain.

Now, while creeping, your grunt will heal. Due to Grunts’ huge HP, Grunts will heal much faster in the fountain.

So, quickly disposed of creeps with small armors first before attacking the creeps with big armors.

If you have enough grunts, you can start building trolls. That way, you can level up your Far Seer really fast.

When creeping somewhere far from the fountain, Grunts really shine. No need to lure creeps and stuff. Just attack the creeps. Grunts have cheap HP. Also, when one grunts are about to die, just move that grunts to the fountain to be reused latter.

Now, attack with all your might, once you have the earth quake.

Retreat with town portal when necessary.

The enemies of grunts are of course, air units.

That’s why after about 6-8 grunts, start massing trolls. The trolls will take care of the air unit while your grunts take care the pesky hero and other ground units.

Usually, in the middle of a fight, enemies will focus on so many things. A quick earthquake to their farm would maximize damage even further.

When your base is attacked, try attacking enemies base. Grunts collect money every time they hit buildings. Also, with earthquake, chance is you do more damage to them than they do damage to you.

Copied with permission from: http://plrplr.com/32825/mass-grunts-and-trolls/

Family-friendly, humorous, (even a little bit educational at times), but always FUN!